The Borough of Droitwich was England’s major salt producing centre for centuries, and is the most frequently mentioned town (11 times) in the Domesday Book.

Droitwich Brine is the strongest natural salt water known, and contains 30% natural salts. This is 10 times more concentrated than normal sea water, making it as dense as the Dead Sea. 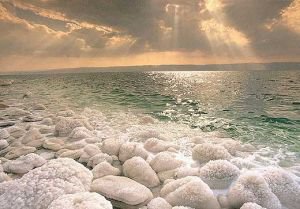 Judge Jeffries (the “Hanging Judge” famous for his “Bloody Assizes”) is reputed to have held a court at the Old Cock Inn – the oldest pub in Droitwich. 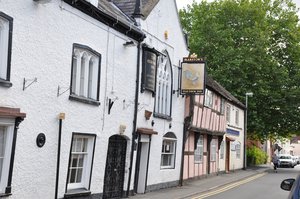 Chivalrous nobleman and military commander, Richard de Beauchamp, 13th Earl of Warwick was born at Salwarpe Droitwich January 28 1382 and was responsible for the education of King Henry V1.

John Hemminges born in Droitwich in about 1556 was an actor in William Shakespeare’s company.

Vines Park in the town was a Roman vineyard.

A Brine Hole was a sore suffered by a salt worker where the flesh was eaten away down to the bone, by the action of the brine on the skin.

In 1830 human remains were found at Netherwood farm and identified as Richard Hemming; he had been clubbed to death by the men who hired him, so he could not implicate them. No one was ever convicted for the crime.

In the 1920’s a bear escaped from the train at Droitwich... After many sightings during its time of freedom, the word went round that the bear was a man eater, so when it was captured they shot it, only to find it was a friendly pet.

The Riot Act was read in Droitwich in 1910, after townsmen rebelled amid rumours of election rigging and cuts in salt makers’ wages. 12 men were arrested as ring leaders and imprisoned, but no-one would accept the Establishment’s offers of bribes to give false witness against these honest men, so they were all finally set free from jail.

It is said that one rioter threw a stone at a policeman by the Worcestershire Hotel and knocked off his helmet. The policeman chased him to the canal where it is said all scores were settled. Did he jump or was he pushed? 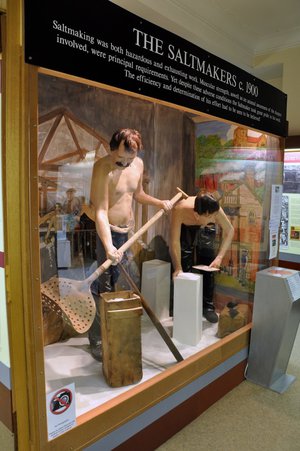 The salt in the ground at Droitwich, mixes with the water from the canal and river Salwarpe to create rare inland salt marshes at Droitwich Community woods, where you can see plants such as Dittander, normally only found at the seaside. 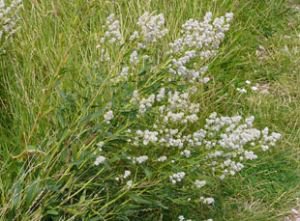 The medicinal qualities of Droitwich brine were discovered accidentally in 1823, during a cholera epidemic. No fresh water was available for bathing and a patient was ordered to bathe in hot brine. The patient made a rapid recovery which resulted in brine treatment being prescribed to other cholera sufferers.

Long running radio show The Archers based their church of St Stephen at Ambridge, on the nearby Hanbury church of St Mary the virgin. 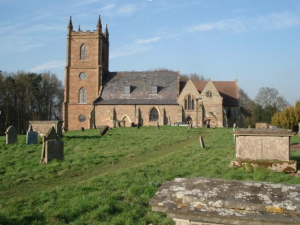 The name of Droitwich

The name of Droitwich can be found written on the dials of radios manufactured in the 1940’s and 50’s, so people could tune straight in to Droitwich for the long wave. 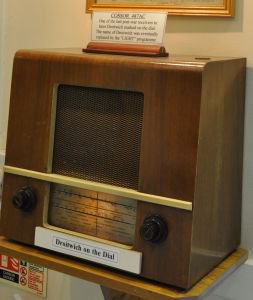 The Droitwich radio masts were crucial in World War 2 for enabling messages to be relayed to the French Resistance. One of the most famous messages sent was “The rabbit is going down his hole.”

Priory House in the town is said to be haunted by the ghost of Captain Sir Richard Carbury who was stabbed to death by his fiancée Lucretia in the 17th century. It is said he visits the house every 50 years and should be due again April 14 2025, He was last seen however on the 14th April 1875. 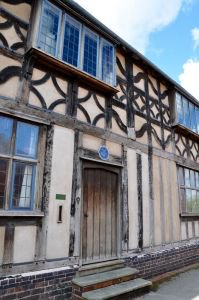 The Oddingley Murders. The peace of the small village of Oddingley 3 miles from Droitwich was shattered in 1806 by the murder of the Rector, the Reverend G. Parker, a hard and uncompromising man. His murderer was Richard Hemming, a carpenter who was hired by three local farmers Clewes, Banks and Barnett, and farrier James Taylor to do the deed. Hemming was never seen alive again!

During the war no bombs fell on Droitwich...

During the war no bombs fell on Droitwich, but people kept watch. One night a firewatcher phoned the police in a state of panic to say he had seen a ghost floating through the sky. It turned out to be German propaganda leaflets dropped by parachute as planes departed. The story goes that no one bought underwear in Droitwich for quite a while after.

The Norbury White Lady – No-one knows who she is or why she is there! The theatre opened its doors in Norbury House about 50 years ago, during this time the white lady has been seen on many occasions by people with financial or personal problems. It is said once she has appeared to you, your problems disappear.

The Chapel Bridge Ghost. This dates back to the 17th Century. At this time there was a chapel on chapel bridge which was dependent of St Peters church, with a verger who had a habit of riding to the pub for a drink, expecting his horse to get him home again. One night during a thunderstorm his horse bolted and jumped from the bridge taking the verger, who sustained a broken neck, with him. There have been numerous sightings of a horse and rider who then disappear at the bridge. 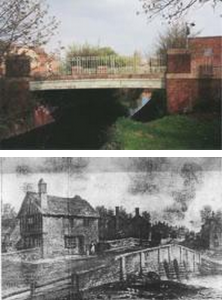 Working Together To Promote Droitwich Spa...