Droitwich... Rich In History, Culture, & Fun
So Much To Discover ...
Eat
Stay
Things To Do
About
Tourist Information
Local Businesses
Pictures From The Past
Events
Welcome To The Land Of Salt

The historic town of Droitwich Spa: Surrounded by the beautiful Worcestershire countryside, it is a town of great charm offering its visitors plenty to see and enjoy.

The town has been the site of a settled community for over 2000 years. It owes its existence to the natural brine springs which emanate from subterranean beds of pure rock salt 2000ft below the ground. Dissolved by underground springs, artesian pressure forces the sale to the surface as brine. It's density and buoyancy are only rivalled by the Dead Sea. 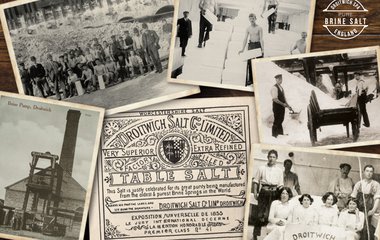 Let us take you on a journey…

Enjoy learning about 100 years of Churchfields Farm, the history of Droitwich Salt and it’s relaunch as a 21st Century business.

You will see how the working dairy farm has diversified to become a renewable energy enterprise and artisan saltworks. 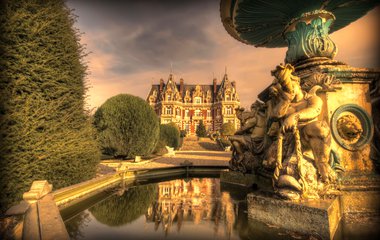 John Corbett was born in 1817 at Brierley Hill and worked in his father’s canal business to gain capital; with it, in his late twenties, he purchased six acres of land comprising a derelict brine works outside Stoke Prior near Bromsgrove.

In 1854, he began building his salt works, which became the largest, most modern and most successful in Europe, earning him the title of  ‘Salt King’. 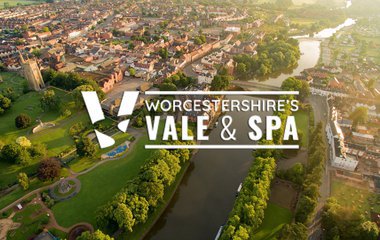 Out and about in Wychavon’s beautiful Vale and Spa towns and villages.

The variety is endless from Georgian Pershore, picture post-card Broadway, the delightful market town of Evesham and of course our very own unique town of Droitwich Spa. Add to that the stunning country side and a plethora of charming villages, along with fabulous attractions from the historical to family fun plus festivals galore  you’ll find there really is something for all the family.